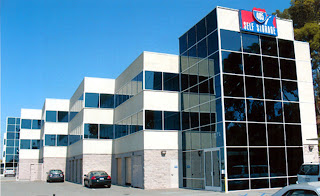 The sites will be rebranded under the SmartStop℠ Self Storage trade name.

“These are premium Southern California infill locations that add significant value to our portfolio,” said H. Michael Schwartz, SSTI’s chairman and CEO. “Dense population and newer construction are key attributes to both sites.”

The first property is located at 8150 E. Wardlow Road in Long Beach and contains approximately 87,000 rentable square feet with approximately 830 units on approximately 3.7 acres of land. The facility is located in Los Angeles County with easy access to Interstate 405, Freeway 91 and Interstate 605. Built in 1999, it consists of four buildings, one of which is two stories. Amenities include surveillance cameras, individual locks, climate control, keypad entry and an office for on-site management.

The second property is located at 12714 S. La Cienega Boulevard in Hawthorne, which is also part of Los Angeles County. The building contains approximately 87,000 rentable square feet with approximately 770 units on approximately 1.7 acres of land. It is adjacent to Interstate 405 access and is within one mile of access to Interstate 105. Built in 2004, the facility has one four-level building and another two-level building, along with a basement with ramp access. Amenities include surveillance cameras, individual locks, climate control, keypad entry and office and apartment for management.

“The Hawthorne site stands out due to its close proximity to the 405 Freeway, a dense surrounding population, newer construction and a great location between LAX and Manhattan Beach,” said Wayne Johnson, senior vice president of acquisitions for SSTI. “Both Long Beach and Hawthorne are high quality sites that will carry out our brand well.”

Although the properties were never put on the open market, there was competition from several other potential buyers, said Dean Keller of Bancap Self Storage Group, Inc., who brokered the transaction for SSTI.

“This deal could have easily fallen apart if Strategic hadn’t been such a strong and qualified buyer,” Keller said. “The seller had turned down many compelling offers on these first-class properties, but selected Strategic based on their track record, financial strength and ability to perform. Everybody worked hard – both the seller and the buyer - and it was a very fast close.”

The Los Angeles Metropolitan area is the third largest metropolitan economy in the world, with a population of 13 million and a GDP of over $500 billion.* Major economic drivers include international trade and commerce with an extensive transportation network with Los Angeles International Airport and the shipping ports of Los Angeles and Long Beach.